Several Saudi Arabian activists, including a number of women, who have been arbitrarily detained without charge since May 2018 in Saudi Arabia’s Dhahban Prison, have reportedly faced sexual harassment, torture and other forms of ill-treatment during interrogation, Amnesty International said today.

According to three separate testimonies obtained by the organization, the activists were repeatedly tortured by electrocution and flogging, leaving some unable to walk or stand properly. In one reported instance, one of the activists was made to hang from the ceiling, and according to another testimony, one of the detained women was reportedly subjected to sexual harassment, by interrogators wearing face masks. 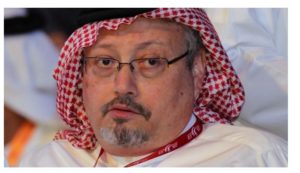 “Saudi authorities are directly responsible for the wellbeing of these women and men in detention. Not only have they been deprived them of their liberty for months now, simply for peacefully expressing their views, they are also subjecting them to horrendous physical suffering”.
According to the testimonies obtained, the human rights defenders were unable to walk or stand properly, had uncontrolled shaking of the hands, and marks on the body. One of the activists reportedly attempted to take her own life repeatedly inside the prison.

Prison authorities in Dhahban Prison have also reportedly warned detained activists against disclosing any accounts of torture or prison procedures to family members.
“The Saudi authorities must immediately and unconditionally release detained human rights defenders who are being held solely for their peaceful human rights work and launch a prompt, thorough and effective investigation into the reports of torture and other ill-treatment with the view of holding those responsible to account,” said Lynn Maalouf.

Torture and other ill-treatment in Saudi Arabian prisons and detention centers have been routinely and widely reported in past years, in violation of its obligations under international law including the Convention against Torture and Other Cruel, Inhuman or Degrading Treatment or Punishment. 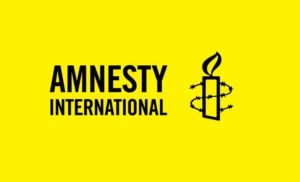 Many detainees have reported during trials that torture was used to extract “confessions” from them, to punish them for refusing to “repent” or to force them to promise not to criticize the government. Such “confessions” have furthermore routinely formed the basis for harsh sentences, including the death penalty, without the judiciary taking any steps to duly investigate these claims.
Several activists who were arbitrarily detained in the May crackdown, including the women human rights defenders, remain in detention without charge and with no legal representation. They were detained incommunicado and in solitary confinement for the first three months of their detention.

Those detained in Dhahban Prison include Loujain al-Hathloul, Iman al-Nafjan, Aziza al-Yousef, Samar Badawi, Nassima al-Sada, Mohammad al-Rabe’a and Dr Ibrahim al-Modeimigh.
Several other activists were detained in the ensuing months and remain in detention without charge. These include women’s rights activists Nouf Abdulaziz and Maya’a al-Zahran, as well as activists who had already been persecuted for their human rights work in the past, such as Mohammed al-Bajadi and Khalid al-Omeir, as well as Hatoon al-Fassi, a prominent women’s rights activist and academic, was also reportedly detained shortly after the lifting of the driving ban. Last week, Hatoon al-Fassi recieved the Middle East Studies Association Academic Freedom Award, which was awarded in her absence at the association’s annual meeting.

“The international community must take substantive measures to put pressure on Saudi Arabia to immediately and unconditionally release all those jailed for peacefully exercising their human rights,” said Lynn Maalouf.

Activists report that many others, including other women’s rights activists, have also been detained since the crackdown in May; however, the escalated crackdown on dissenting voices has had a chilling effect on freedom of expression in the country, intensifying an already existing environment of fear for people to report on arrests and other violations.